B550 VS X570 Gaming Motherboards: Which Is Better?

If you are an avid gamer, you would appreciate the value of a reliable motherboard that can be pushed to the limit. The gaming scene has never been as exciting as it is today with loads of fast-paced, adrenaline-pumping games that will push you to the edge. What makes the scene even more exciting is that modern PC manufacturers keep pushing into the market tailormade for gamers.

Two of the best motherboards today are the B550 and the X570. Both motherboards are reliable and dependable, but if you had to go with one, which would it be? Many gamers get confused when making a choice, and you are probably in the same quagmire, but not to worry.

We will review the features of both and help you make an informed decision on which one to buy.

Let’s set the ball rolling with the X570 motherboard chipset. This series was unveiled in the market sometime in 2019, and the goal was to replace the still reliable X470. It was also the first-ever chipset for PCle 4.0 and all NVMe devices. The X570 has the following:

The design of the X570 motherboard is suited for high-octane gaming and content creation for professional gamers. It has a series that can handle content creation as well. What makes this motherboard tick is that it can also handle video and picture content and is a great tool for editing. It has AMD socket CPUs and is one of the best for first and second-generation Ryzen processors.

X570 can draw between 11-15W of electric power depending on the PCle 4.0 lanes on your device, which makes it not as power efficient as the X470, which drew 6W of power. However, it is still a power-efficient motherboard by general standards and hardly ever overheats. This is because the manufacturer designed and installed a cooling fan very close to the chipset to keep temperature levels at a minimum. Even when you play for hours, the X570 will remain as reliable as ever.

The B550 motherboard is the latest of two, released in June 2020, about a year after the X570 was released. In terms of price, the B550 is not as expensive as the X570, but that doesn’t make it an inferior chipset. B550 was introduced to replace the B450, which many gamers still rate highly and regard as a workhorse. The B550 is designed for Zen 3 5000 series Ryzen CPUs that have AM4 sockets. It has extra support for higher Ryzen models like the Ryzen 3000 and 4000 models.

Here are some of the basic features of B550:

Unlike the X570, the B550 does not have PCle 4.0 lanes. Rather, it has a link connecting through 3.0×4 lanes. The good thing about the design is that if your CPU has direct 4.0 lanes for NVMe storage and graphics, then you can design the B550 to suit your needs

Related article:   How Does An FM Transmitter Work?

The manufacturer markets this motherboard as an entry-level chipset, but it doesn’t work for AMD Ryzen 2000 CPUs. Besides, it is also a top choice for professional gamers who like to play with photo applications. Content creators can also work wonders with this motherboard. The mere fact that it can work with the Zen 3 Ryzen 3000 and 5000 series makes it a reliable motherboard.

In terms of power usage, we consider it more efficient than the X570 as it draws only 6 watts of power, similar to the X470.

Key Design Differences Between The B550 & X570 Motherboards

So what are the major differences between these motherboards? Let’s review them feature by feature and leave you to make up your mind.

Both motherboards are compatible with different CPUs, and this should come as no surprise since not every motherboard sold on the market will work with all CPU types. The B550 is a very compatible system and will work for AMD Ryzen CPUs of 3000 and above, but it doesn’t support Gen 1 & Gen 2 CPUs. You should also know that it doesn’t have APUs for Ryzen 3000 series, so if you wish to use this CPU, this is probably not the best motherboard for you.

The X570, on the other hand, doesn’t have the same compatibility issues as the Ryzen 3000 APU compatibility. It can work with Gen 2, the main processor for Ryzen 2000. But do note that it is only limited to Gen 3 Ryzen CPUs, so it is not as versatile as the B550 in that regard.

When picking a motherboard, the PCIe 4.0 Support on the motherboard will determine your gaming experience more than any other factor. The 4.0 PCIE Support is responsible for transferring data speeds from the SSD, GPU, and other expansionary cards. That your motherboard has PCIe means it can manage a bandwidth of 16 GT per second per lane, which is higher than the normal 8 GT per second on the lower PCIe 3.0 interface.

B550 and X570 are efficient motherboards with different supposed systems. While B550 connects to the CPU using 4 Lane 3.0 PCIe, the X570 works with 4.0 PCIe. This means that the X570 will have extra 16 lanes, which is an advantage. However, B550 is still reliable because it has 4.0 connectivity that works with primary PCIe x16 and M.2 slots.

We’ll leave this to the pros:

Other Factors To Consider Include

Overall, the X570 motherboard is better than B550 because it has more features, making it the more appealing motherboard. However, you shouldn’t waste money going for it if the B550 can meet your needs. The extra features of the X570 come with some advantages that may or may not be of use to you, so the choice is yours. 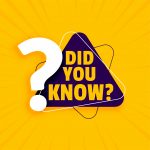 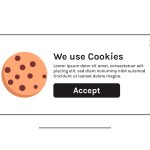 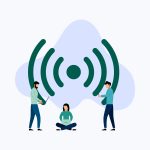