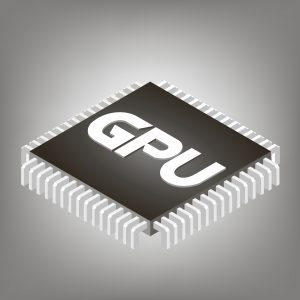 The GeForce RTX graphic cards are designed to give gamers an elevated gaming experience. NVidia RTX has positioned itself as a leading high-end professional visual computing platform with multiple applications, including designing complex large-scale models in product design and architecture.

This software is also applied in gaming, scientific visualization, film and video, and energy exploration.

Below, we will cover specific aspects of RTX, specifically RTX 3080 and 3070, and how they compare against each other.

The RTX 3080 is one of the latest graphic cards on the market with outstanding performance and the ability to revolutionize 4K gaming. The graphic card is designed to make high-end gaming attainable for an average gamer. It runs a wide range of PC games with faster refresh rates and high resolution at an affordable price range.

The NVidia GeForce RTX 3080 largely borrows from the new Nvidia Ampere graphics architecture that seeks to elevate power efficiency and improve raw performance. The designers have also adjusted the RT and Tensor core, with the most notable being a tune-up of the rasterization engine. The company has doubled the amount of CUDA core present on each streaming Multiprocessor by adjusting each SM to handle Floating Point 32 workloads.

The RTX3080 has 46% more SMs than the RTX 2080 to achieve more than double the CUDA count from 2994-8704. These figures translate to three times the theoretical FP32 from 10TFLOPs to 29,7TFLOPs. Combining the upgraded CUDA cores and improved Texture, Cache, and Memory Bandwidth, and a faster GDDR6X memory on a 320-bit bus, you get an exceptional gaming experience.

The RTX 3080 had an average price of $699 on launch. However, the price varies from one seller to another and goes easily into the thousands as of today (Feb 2022).

This is mostly due to the high demand and drast GPU shortage.

Most retailers have sold out their entire stock of RTX 3080; for now, you will have to be patient for a restock. Reliable sources to buy from include Amazon or BestBuy.

Related article:   How to clean a keyboard

The RTX 3080 comes with several adjustments to enhance performance. However, it still has its merits and demerits.

The GeForce RTX 3070 is considered a pioneer when it comes to 4K gaming. However, these graphic cards face stiff competition from other models in the RTX 3000 series, including the RTX 3090. The RTX 3070 has outstanding features that make it a great contender against the flagship model, the RTX 2080 Ti. One of the greatest selling points of this graphic card s its affordable price coupled with its high performance.

The RTX 3070 is powered by the Ampere GA104 GPU that spots 5888 CUDA cores spread across 46 Streaming Multiprocessors. It also has a similar Nvidia Ampere architecture on the RTX3090 and RTX 3080. Some notable upgrades to this graphic card are its power efficiency and raw performance. Designers have also included second-generation RT cores and third-generation Tensor cores that improve the functionality of ray tracing and DLSS.

Related article:   How to turn on RTX

Due to the high demand and overall GPU shortage, the prices for the RTX 30xx series tend to fluctuate a lot. So you should always check Amazon or other retailers for the latest prices.

Here are some good options from Amazon:

The RTX 3070 is considered an upgrade from the RTX 2080 Ti with better power consumption and performance.

However, it still has its merits and demerits, including:

Related article:   GPU not detected - what to do

The RTX 3080 and 3070 are powerful graphic cards that bring a whole new perspective to the gaming industry. However, each card has its strengths and weaknesses in gaming in 4K, 1440p, and 1050p.

Both models perform outstanding even at the highest setting of 1920×180, delivering 70-80 frame rates in high demanding AAA games. The difference between these two is negligible regardless of the type of processor you add to your PC.

In the previous comparison, these models performed seamlessly. However, the disparity starts to show when running your gaming at 1440p. The RTX 3080 and 3070 were designed to provide flawless gaming even with the game set at maximum details and a resolution  of 2560×1440. Both cards are powerful enough to manage an average of 60fps+ in most new games. However, to ensure seamless gaming, you may need to activate the game’s DLSS support.

In some games, the RTX 3080 takes the lead with more than 20fps. Which is not surprising giving the powerhouse it is.

Tech Imperium did a great comparison of a few games in 1080p and 1440p which matches our experience.

When buying a graphic card for 4K gaming, you should consider saving up for the RTX 3080, especially if you want to future-proof your PC.

Both models reach 60fps with a medium setting in most 4K games. However, the 3070 may start to show its limitations when executing some of the latest games on high settings. The RTX 3070 performs well in a medium setting for some of the latest games with DLSS support, most of which are being phased out. On the other hand, the RTX 3080 can reach up to 60fps at Ultra settings.

Subsequently, the RTX 3080 is the best choice if you are looking to enjoy the latest 4K gaming.

Random Benchmark actually did a great video that goes into more detail and tested various games in 1080p, 1440p and 4k – give it a watch:

Diving Into The Fantasy Gaming Genre? 3 Tips To Help You Find The Right Games For You

Trending Today
Diving Into The Fantasy Gaming Genre? 3 Tips To Help You Find The Right Games For You
Can you play PS2 Games on a PS5?
The best re-chargeable hand warmers (2022) – updated!
Best Speaker Gaming Chair (BUYING GUIDE)